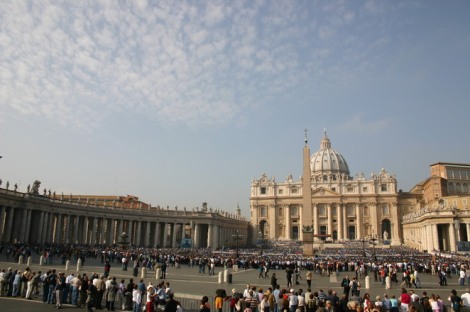 It was October 1958. Pius XII had died after 19 years as Bishop of Rome. Canadian Catholics, like Catholics around the world, were anxiously waiting to hear who their new pope would be. The conclave, after more than ten ballots, elected an elderly Italian bishop with a fairly low profile. Many thought he would be a transitional pope, quietly filling the role for a few years. The world, hearing the breaking news on TV or radio, was astonished at their choice.

That elderly man, Angelo Roncalli – former nuncio in Paris and cardinal of Venice – turned around and astonished the world. Within three months of his election, he announced that he would call an ecumenical council for the universal Church. Vatican II was an inspired move. At age 76, Pope John XXIII flung open the windows of the Church, and things have never been the same.

The council, held each autumn from 1962 to 1965, brought together nearly 2,500 bishops and advisors, building bridges between the Church and the modern world. It published 16 documents on liturgy, Christian unity, religious freedom, relations with the Jews, the dignity of human life, and much more. After Vatican II, mass was in the language of the people, who were called to participate fully, actively and consciously. Catholics – the People of God – were urged to read the Bible and were invited to take on leadership roles in the Church. Over 50 years later, we’re still trying to implement the changes that came out of the council.

Here at home, back in 1958, my parents had been awaiting another blessed event. When my sister was born on October 28, the day Roncalli was elected pope, they marked the occasion by naming her “Angela.”

Saint John XXIII – faithful servant, reformer of the Church, seeker of unity – pray for us!